For Your Business. For Your Environment. Let Us Help. 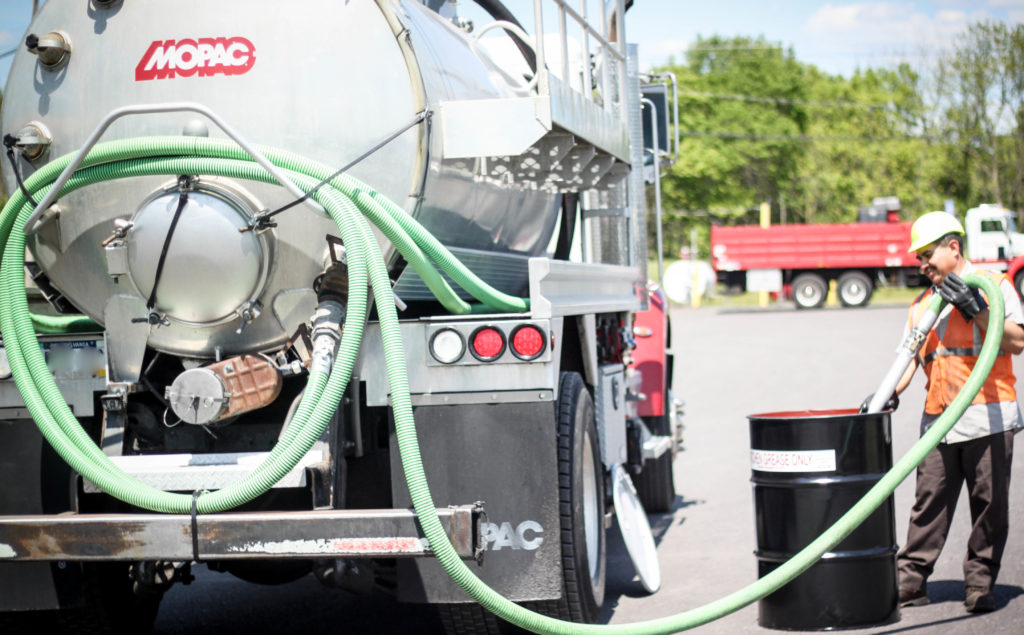 Protect Your Business & Your Assets

UCO Recycling is a competitive business, make sure you are getting the most from your efforts to dispose of it properly.

Any business that uses a process that involves oil or grease (vegetable or animal) has a byproduct afterwards, aptly called used cooking oil. This oil is usually smelly, dirty, and when it is cold it can turn into a solid fat-like substance. After a business is done with their used cooking oil they have to dispose of it somewhere because it is illegal and unethical to pour it down the drain or into our environment due to its effects (click here to find out environmental effects of grease). Services like MOPAC’s UCO collection exist to provide businesses a utility to collect animal and plant byproducts like fat, bone, and grease and recycle them into other products like animal feed, tallow for cosmetics, and bio diesel fuel.

Within the last two years thieves have recovered $75 million dollars annually from the illegal collection of used cooking oil and grease from the tanks and containers that are behind restaurants and grocery stores. It is typically more common in urban areas, with several large cities reporting large-scale cooking oil theft and loss. This profit is because used cooking oil (and its products) are valuable commodities in various markets like animal feed, cosmetics, and especially the bio diesel market. Service providers like MOPAC often give customers some sort of container (inside or out) that can be locked but is also accessible to the drivers that are expected to collect the used cooking oil. Basic thieves come out when the market price of grease is high (when normal petroleum based oil and gas prices skyrocket there is a direct correlation to the rise of market priced yellow grease. This is because when gas prices are high people look for fuel alternatives). MOPAC works to prevent and minimize theft by supplying locks on your containers.

Grease thieves do not just stop at stealing grease out of unlocked containers, there are several ways that have been reported to MOPAC. MOPAC continually follow up with the Attorney General,  especially within the PA area where we are based. MOPAC has had reports from customers of unscrupulous competitor companies using bolt cutters to cut off locks and have even been told they needed to make copies of the keys to get access. They then use their pumps and take your used oil or grease out of our containers. The problem with this (though your grease was collected) is that neither you nor your service provider is able to take responsibility for the grease that has disappeared. Your company could have lost a possible rebate as well as not knowing where your company’s grease is going.These companies often do not ask permission and customers have no idea something has been taken until the next time they dump grease. To combat that, the easiest solution is simply keeping an eye on your tank. If there is volume missing from your container and you know your service provider hasn’t been by, report it to them. MOPAC handles these issues both by installing a totally new lock and key combo as well as contacting the attorney general for potential prosecution. There are other quick solutions as well, like installing bright lighting around the exterior tank location. Using a camera is also a deterrent for thieves, and if they are on camera we can hand that over to the prosecutors office.

Another unorthodox method that MOPAC has come to realize in the last few year is the way UCO collection companies are attempting to deceive restaurant owners on the front end. There have been notable bio diesel companies operating out the Eastern part of the US that are duping small restaurants into contracts that are impossible for either end to uphold. The basic set-up is simple: a restaurant will be approached with a lucrative deal- a large promised rebate or a cash reward for grease in exchange for a 5 year contract. Inside the contract states a business must make (x) amount of grease in (x) amount of time or they will be served with a lawsuit. A typical contract usually requires 300 gallons in a month which is equivalent to filling our largest tank option. A typical fryer holds about 5-10 gallons of fryer oil, which would mean a restaurant would need to change their oil anywhere from 30 to 60 times a month, or once or twice a day (Two fryers would mean you would have to change them every other day). If a customer can’t produce those amounts, they are served with a lawsuit which could be up to tens of thousands of dollars. The best way to combat this sort of scheming is RESEARCH THE COMPETITION and BUYER BEWARE! Use the internet to make sure you are not being taken advantage of. Never sign a contract without reading the entire thing, and get a copy for yourself and your records. There is a company that uses tablets to sign contracts and signers remain unaware of what they’ve agreed to. The contract becomes almost impossible to recover. If you have fallen into this scheme and fear for the future of your restaurant make sure you keep track of all proceedings. MOPAC has discovered these companies typically do not follow up with their service after signing the contract and often neglect a company’s collection if they are too far away from their base of operations. You can additionally ask where the terminal is that will be servicing you. These unethical practices appear to only result in lawsuits and not effective used cooking oil disposal.

Call for a Free Estimate

Make certain your grease is being properly recycled. By doing so you’ll avoid sewage back up and costly repairs. You’ll also be helping the environment and your community.